Review: A lawyer and a CEO of a silencer manufacturing company walk into a restaurant. Sounds like the beginning of a bad joke, right? Nope, it was lunch a couple days ago. For this lunch, the lawyer and the CEO picked a new joint: From Scratch. It's premise seems simple enough: make good food from scratch. To do this, they trucked in an Austrian flour mill (one of ten or so in America, I'm told). And it really does appear they make everything in house, which is great. Now, let's see if this gristmill's in- house fare is good eats.

We started with the short rib. 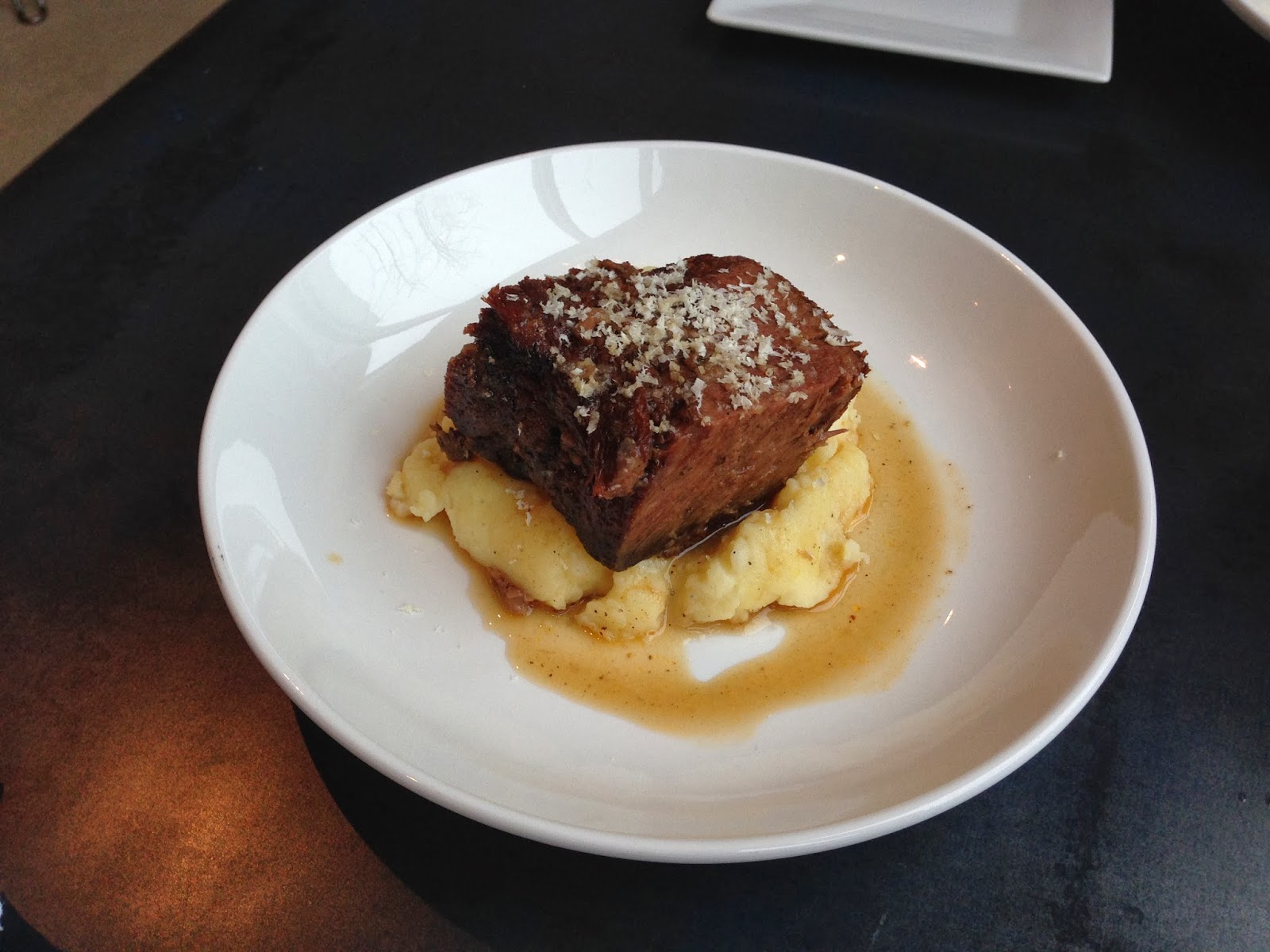 It is what it is: meat and potatoes. (There was supposed to a be a polenta cake as well, but it didn't come on our dish, which is fine.) The short rib was good and flavorful, if a bit dry. Not sure if they wanted a firmer finished product so they didn't cook the short rib until it was uber-tender, but it was a little tougher and less succulent than I prefer. The potatoes, on the other hand, were perfect when matched with the honey au jus. Rich, thick, meaty, wonderful.

Next on tap was the pumpkin ravioli. 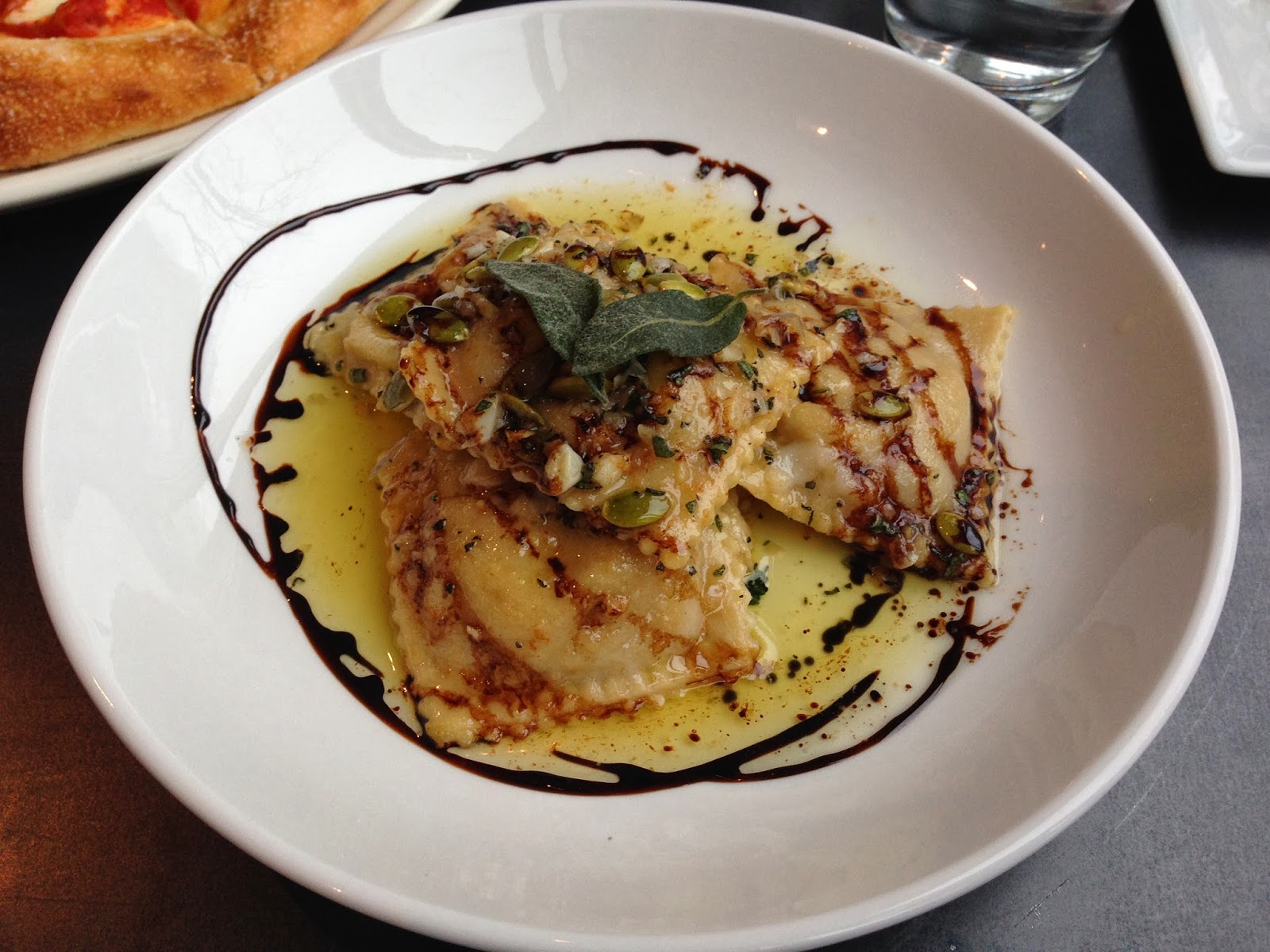 Beautifully presented dish, although I have eaten this enough times in Italy to know presentation correlates relatively little to taste. Pumpkin ravioli is a lesson in contrasts, the contrast of thin sheets of ravioli with the sweet pumpkin and savory sage butter. That contrast is about balance; balance makes the dish work. The balance was off here. It was entirely too sweet. The filling was sweet, the brown butter sauce (which didn't have much browned taste to it) mixed with aceto was sweet. Everything was just sweet. The pasta was also a bit thick and gummy. It just didn't work. 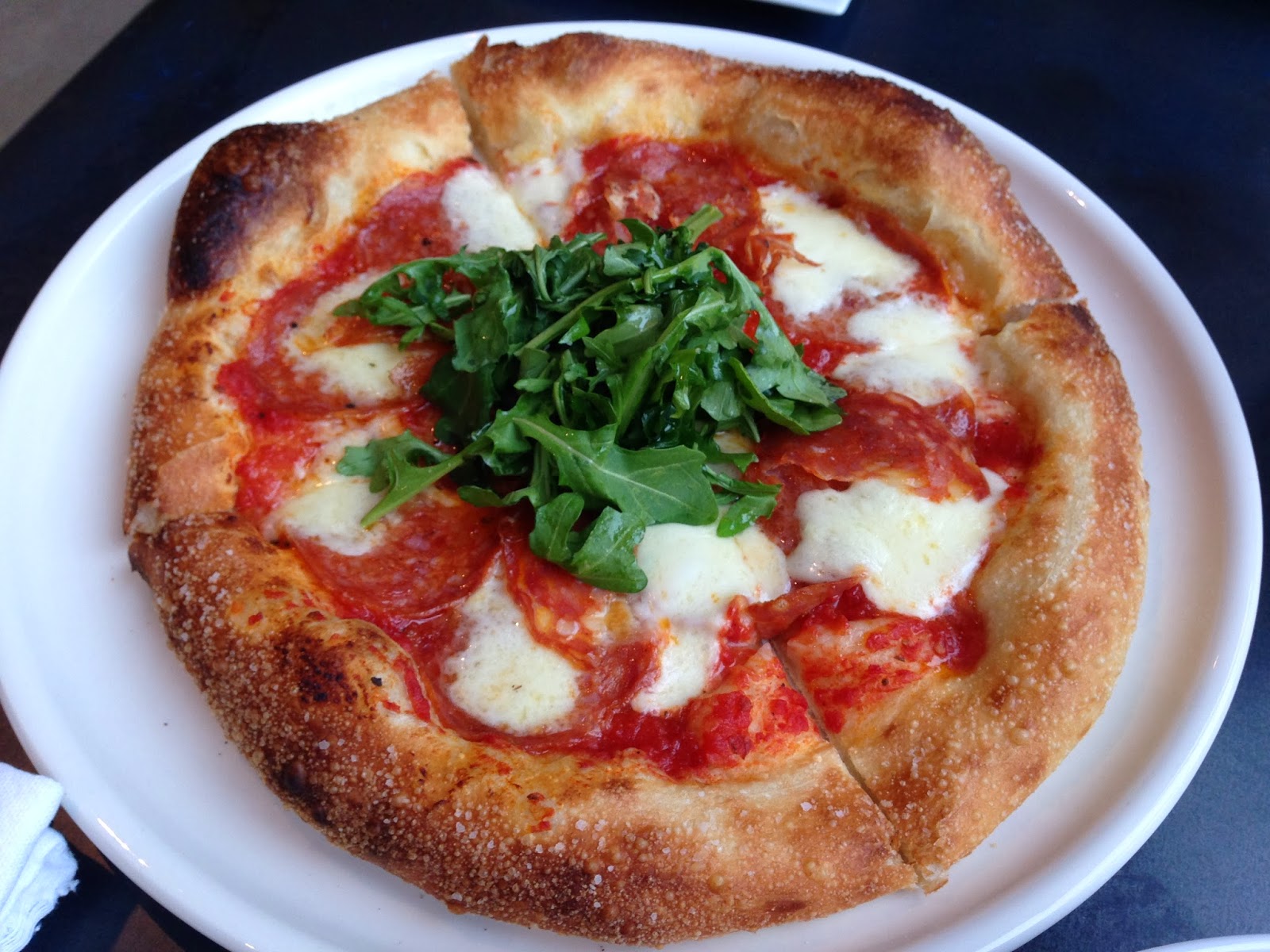 Now, this pizza is sort of supposed to be Neapolitanesque, but not really, so I will try not to judge it on Neapolitan criteria. First things first, the crust. It's thin and thick at the same time. It's quite airy inside, although as you get toward the center it's thin enough that it droops. Best way to eat it is to fold it like you're eating a slice of New York pizza. From Scratch makes the mozz in house, which is much appreciated. It was good. The salumi is Creminelli, which is a high-quality product. The greens don't make a bit of sense, however. They wilt and don't add any flavor. They also added additional salt to the pizza, which, when coupled with the naturally salty salumi, made things a bit too salty. Overall, a good product that can improved with relatively few tweaks.

In sum, intriguing new place. I like some aspects quite a lot. Some didn't work at all. I'll likely be back to give it another shot and try more of the menu.